A Visit to the Black Madonna at Montserrat 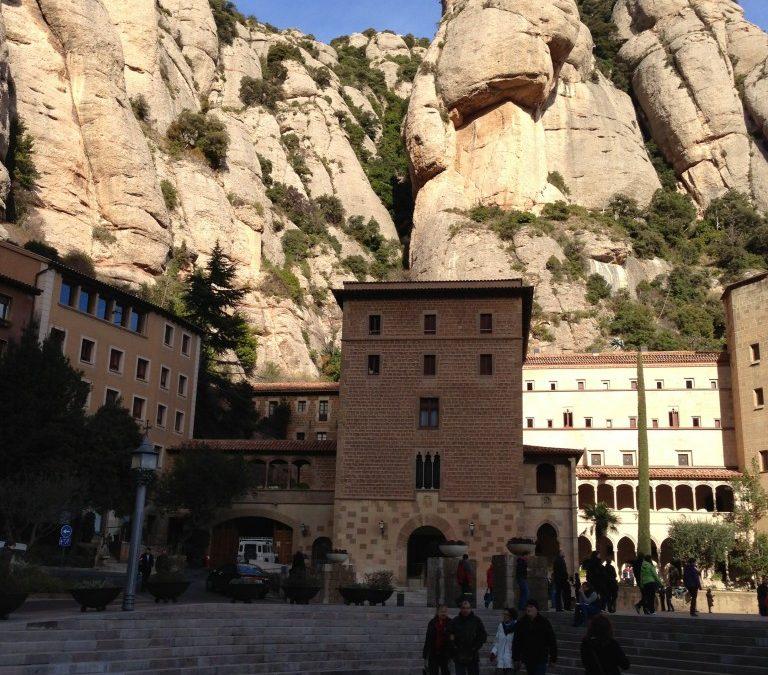 About thirty miles outside of Barcelona, Spain, there is a mountain shrine to the Black Madonna called Montserrat. I had the good fortune to visit this place in January of this year. Montserrat means “serrated mountains,” referring to the amazing rock formations there. I had read about this place and wanted to go for many reasons but mostly because there is a Black Madonna there.  Montserrat is currently a Catholic monastery held by a sect of Benedictine monks. Legend says that they found the Black Madonna in a cave in 880 A.D., after apparitions appeared in the sky that led them to her.

Over the years, many shrines and chapels and a basilica have been built to house and tend to her. There is now a small village up there, all dedicated to this wonderful entity. There are funiculars and cable cars that take you up to this magical place. One can arrive by car too, but there is something enjoyable about being shuttled up in these alternative modes of transportation with many others who have come for the same reason.

Lucia Birnbaum’s research reveals that many of these Black Madonna icons were carried out of Africa with people in the vast Diaspora. They carried their portable shrines and deities with them. Clearly this was a previous population’s Goddess and temple that was found. Paleolithic and Neolithic remains have been found in the area. Other research indicates she was formerly located in a Roman temple of Venus.

I journeyed there by train from Barcelona in the morning. The train was full of many pilgrims—standing room only for an hour-long ride—with people from all over the world, of many faiths and traditions. I was once again astounded by the power of the Dark Goddess to attract so many. 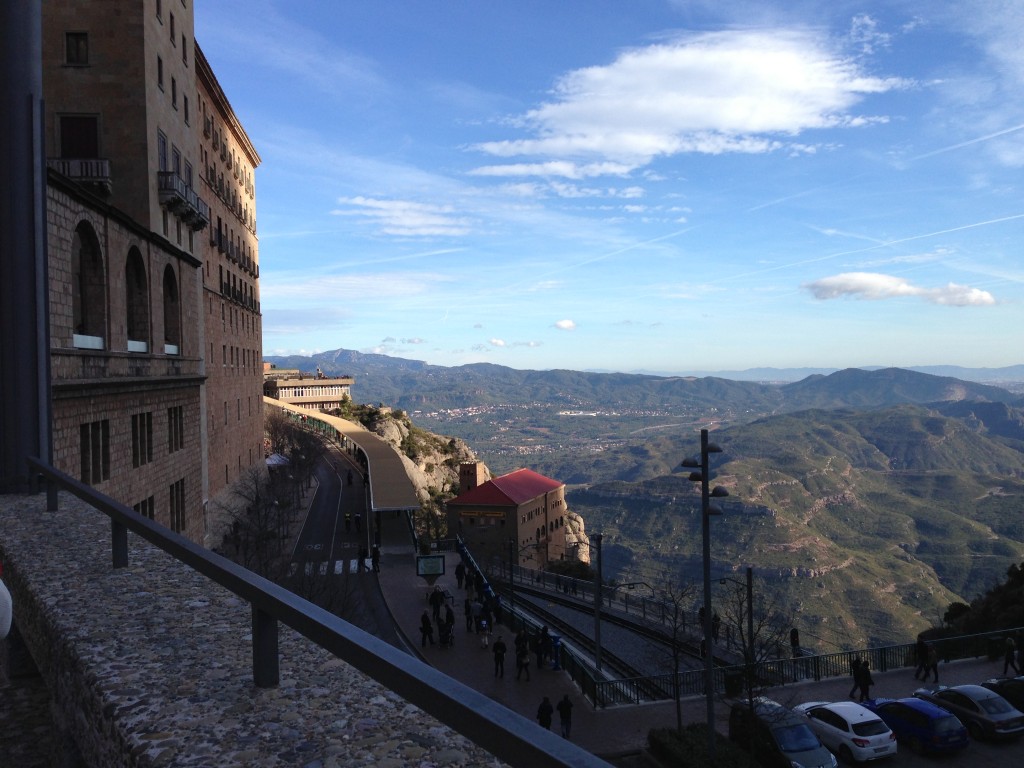 On the way toward her, I could feel how she is like a magnet, spinning waves of power emanating from her core womb, which calls all forth. She is the inside of the earth come to surface to share some of herself. She is a radiating entity being held in great reverence in the shape and form of female and Mother and giver of life. Her son sits on her lap and holds a pod of seeds in his hand. He symbolizes the life-force that is generative and regenerative and kept active by interactions with this entity.

She is now seen as an image of Mary and her son Jesus and called the Mother of God, but clearly this figure is representative of a much deeper and older mystery. The Black Madonna holds an energy that is palpably different than other “white” virgins. She is more primal and earthly. The “white” virgin seems more starry and cosmic. They are of course two halves of one whole but this earthy woman is often overlooked in western spirituality, or even worse, feared, denigrate and at worst, demonized. Though stories say she has become blackened through time with candle smoke or soot, when you see her, it is clear that is not the case. She is consistently black. 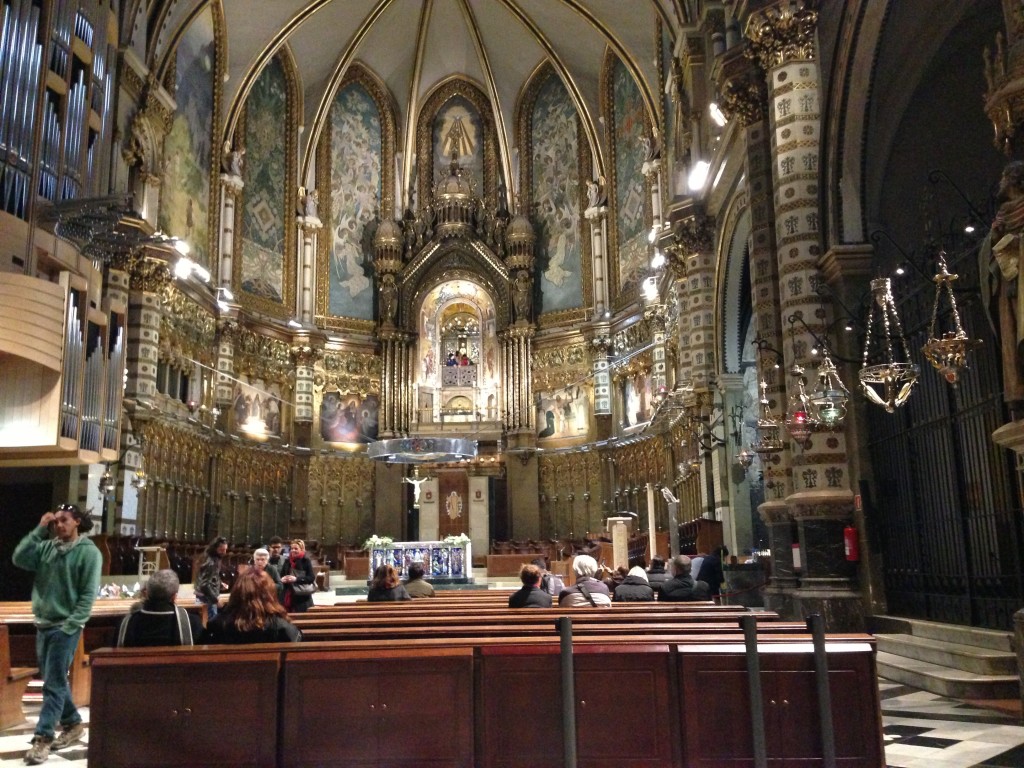 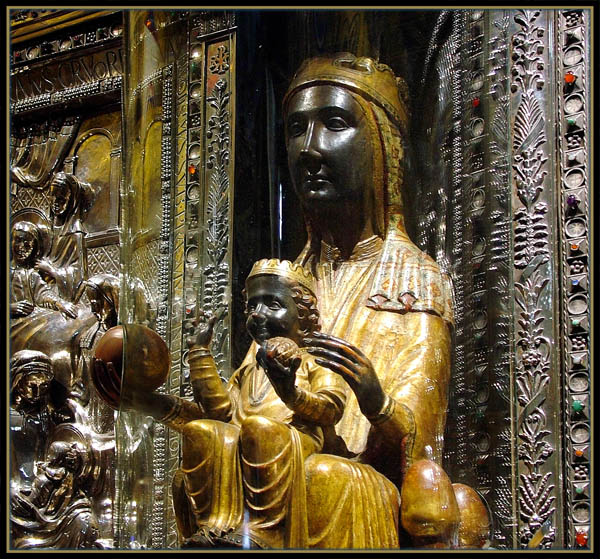 To visit with the Black Madonna, called la Moreneta (‘the little dark skinned one’ in Catalan) by the locals, one waits behind a long line of other pilgrims. She sits high above the central altar of the basilica. A walkway and staircase have been created for people to see her and not be crowding the basilica. From her small window up above, she is watching over it all. One walks through many shrines of saints and then up a large staircase with mosaics of female saints on either side. One side is images of mothers and the other is virgins.

Once you reach her, you have a chance to look at her and spend time alone with her while others wait. She is quite small, only a couple of feet high. She sits enthroned with a crown on, and wears golden robes. Her eyes are vescicas, her fingers long. She has a peaceful countenance, very warm and friendly. There is a quiet power she holds. She is in a glass case but an opening in the glass at her right hand, in which she holds the universe in the form of a ball, allows one to touch her. After your visit with her, you descend down the other side of the staircase into the basilica where there are rows and rows of candles lit. One may offer prayers in the form of fire there.

This place is very sacred and is well held in deep reverence by this sect of monks. Her power in intact and it is magical to visit her.