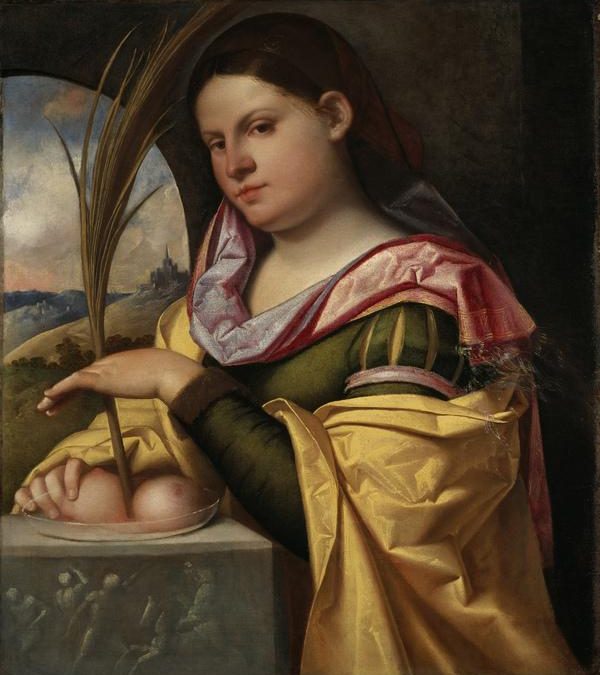 The 2002 Calendaro Abruzzese from abruzzo2000.com that I purchased and kept tells us that “5th of February is the feast of Sant’ Agata who is the ‘protector of breast-feeding women, and as such is highly venerated in the countryside, since good and abundant milk was a matter of life and death for babies’.”

What is this?
Read about why I am creating an Abruzzo-Italiana Wheel of the year here.

Sant’ Agata
(above image: Portrait of a Young Woman as Sant’ Agata by Cariani (Giovanni Busi) National Gallery of Scotland

The Catholic story of Sant’ Agata is difficult. She was martyred for practicing her faith but mostly for resisting the advances of a Roman Prefect who cut off her breasts for rejecting him. She is portrayed carrying her breasts on a tray. Now she is worshipped for breastfeeding, as the patron saint of women with breast cancer as well as the patron saint of rape. This is a devastating story. How did this story turn into an opportunity for worship?

It is important for us all to take notice of the normalization of stories about rape and violence against women that permeate our cultures worldwide. It is also important to recognize how widespread and pervasive this violence is. In the ritual I have designed below, we will take time to acknowledge this pain, past and present, and ask for the protection of women worldwide.

The Roots in the Roman Goddess of Breastfeeding: Rumina

When I see references to breastfeeding and birth, I know I am in the realm of the universal Mother Goddess. Tracing the worship of a saint for breastfeeding back to Roman roots we come upon Rumina. Thalia Took educates about the Roman Goddess of Breastfeeding:

“Rumina is a Roman Goddess of breastfeeding and women, who causes the milk to flow. Her name is related to an old Latin word for breast, rumis or ruma, and translates to “the Nourisher”, “She Who Breastfeeds” or “Mother’s Breast”. Rumina was the protectress of all nursing young, human and animal both.

She is a very ancient Goddess, and with Her consort or male counterpart Rumino was said to protect milk-bearing cows and their calves. They are connected with the Ficus Ruminalis, or “Suckling Fig”, the sacred fig-tree at the base of the Palatine Hill near to the River Tiber, where the abandoned infants Romulus and Remus were said to have washed ashore. Under this tree the She-wolf found them and let them nurse, saving their lives (and highlighting their divine parentage) so they could grow up to found Rome. It was believed in ancient times that the fig-tree got its name from the act of nursing and so was derived from ruma, “breast”, but it is now thought it shares a root with the names Romulus and Roma (the city itself)—maybe rumon, meaning “river”, perhaps an ancient name for the Tiber. (My guess is that ruma and rumon would be related anyway, as they both encompass ideas of “flowing”.)” 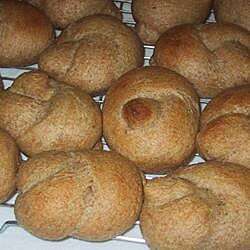 In certain villages in the Abruzzo a special breast shaped roll is made and consumed on this day in honor of Agata. From the descriptions of the typical bread baked for Sant’ Agata in the Abruzzo I found a recipe for Anise Seed Rolls at AllRecipes.com which sounded closest. (The Sicilian baked goods for this day are quite different.) Since anise is the scent of my family lineage and we are from the Abruzzo, this one definitely seems more suited. You can find the recipe here.

The Goddess of breastfeeding and celebrations around breastfeeding in general were clearly sidelined in modern times. They must have been of highest importance in ancient times. And so I bring it back into my wheel of the year.

We will have a fire where we acknowledge victims of violence against women, then we will circle around the fig tree to honor and thank Sant’ Agata and the Goddess Rumina for their support and protection of the life-giving, milk-producing breasts that fed and continue to feed so much life for so much time on this precious planet. 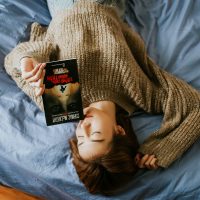 Read my latest story in Pollinate Magazine: Reading a Book in Bed All Day While Awake The definition of true rest

The Ritual of the Feast of Sant’ Agata:

Participants are invited to bring:

1. All women globally who have or are suffering from violence against women and living in fear.

2. All women locally suffering from violence against women currently and living in fear.

3. All the women in our lineages who have or are suffering from violence against women and lived or live in fear

4. All the ways we have been harmed and affected by this scourge ourselves.

5. A milk offering of their choice.

6. A cloth/scarf or “veil” to use in a cleansing and protection ritual. This will get wet.

An altar is prepared outside for participants to add to if they like. We circle around the outdoor fire pit.

1.We call on and send prayers to and for all women past and present globally suffering from violence against women who lived or live in fear. We make offerings to and for these women. We ask for release and freedom from pain.

2.  We call on and send prayers to and for all women locally who are suffering and living in fear. We make offerings to and for these women. We ask for release and freedom from pain.

3. We call on and send prayers to and for all the women in our lineages through all time who have or are suffering from violence against women and lived or are living in fear. We make offerings to and for these women. We ask for release and freedom from pain.

4. We acknowledge all the ways we have been harmed and affected by this scourge and are living in fear. We make offerings to and for ourselves. We ask for release and freedom from pain.

Ritual of Honoring the Breast and Flow of Sacred Milk: Breastfeeding

Ritual of  Rinsing the Veil

Since many traditional rituals this time of year are connected to purification with women washing the Veil of the Goddess, we will now spiral out and away from the fig tree ritual one at a time, stopping off to wash our veils in a basin of water, asking for cleansing and renewal of the Goddess and for the protection of all women. We will dry our veils by the fire.

Return to Circle Around the Outdoor Fire

Once each woman has hung her veil to dry, she returns to the circle around the fire and waits for the others to join her. Once all are back it is time to close the circle by calling upon the 6 directions once again, thanking them and all who have come to participate in this ritual.

Feast and Celebrate Together

After, we feast on the anise seed “breast” rolls and milk products of all kinds.

Enjoy and be well