For my daughter: A Roadmap to the Passionate Universe 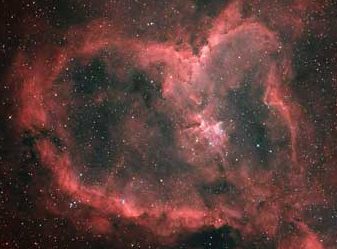 Assume there is no such thing as control. Then it will be less surprising when cars swerve off the road or planes fall from the sky. Instead, cultivate awe for the fact that cars stay on the road at all, that drivers agree to keep to their side of the yellow line and stop at red lights. We are on a planet that is spinning within a solar system, which is spiraling through space at 180 miles per second, every minute of every day. In the midst of all this wild movement, isn’t it a miracle that we can stand up?

Don’t argue over whether life is meaningful or random. It is most elegantly both. Within the deepest, most chaotic meaninglessness there are patterns; patterns which repeat themselves.  Within these patterns exist crazy quilt randomness.

In a museum in Florence, Italy, you, my eight-year-old daughter, and I looked at paintings of Christ from the Middle Ages. You were not a Christian girl. You were a secular girl. I had told you a few things. You knew you had been created by the earth, by a process called “evolution,” that you are turned over again stardust churned over millions of years, that the Universe had begun with what some called The Big Bang, that time and space were created in that original moment, that before that there was nothing. Still, you often asked me what came before.

This was not the first time you had seen pictures of Christ hanging on the cross. These were simply the worst ever. His skin, pale gray, hung slack around his protruding bones. Blood spurted from a cut above his right breast.

“Why are there so many pictures of him dying on the cross?” you asked.

“Well, that’s stupid,” you said. Your little face was scrunched up into a knot, like it got when you were angry about something. Your legs coming out of your cotton yellow shorts were tanned and skinny. You wore a gray T-shirt with colorful flowers on it, and a star necklace your friend had given you. Your bare feet sat upon your red cloth flip-flops. “I do not believe that.”

“They believed he was their savior.”

“What’s an omen?” You looked back at the picture. “Is there an omen there?” you asked. Your long curly hair hung down your back reaching the bottom of your shirt. It was almost white around the hairline where the sun had bleached the small, new forming curls. Against the tanned skin of your face, it looked like a halo.

At the foot of the cross were two women, crying with their heads bowed.  There were angels flying around.  They looked like bugs with heads.  One of them held up a cup to collect the spurting blood. Two others held the Sacred Heart of Christ forward toward the observer as an offering.

“It’s all symbolic, honey.  Don’t take it so seriously.”

“I don’t understand what the symbol of someone dead and bleeding could be.”

“Try to appreciate them for the art, not the meaning,” I said.

You looked up at me.  I was tired of your questions, yet could feel that you wanted to ask so many more. You didn’t understand any of this. And you thought I did.  Though I was no longer a Christian, I had been raised Catholic. You knew this. I did not want the story of Christ’s death to be your story and I had not found another story to tell you. How could I explain this to you?

“Who is that?” you asked, pointing to one of the women crying at the foot of the cross.

We yearn. Stars burn, smolder, remain molten gushing at the core for eons. The Universe is a reality engaged in acts of great passion. Galaxies wrap their giant arms around each other in consuming embraces. Black holes hungrily swallow everything that comes near them, their most brilliant obsession being light.  Planets crave the sun. The moon desires the earth. The earth thickens and sways, wobbles dizzily in the orbit of her attraction. Desire leads us. Heat sustains us. Passion transforms us.

You had an echocardiogram to assure your dentist your heart murmur was nothing to worry about. That day I understood how it was possible to fall in love with technology. Before, people who fell in love with technology only angered me. But as I stood in the exam room that day, literally seeing the valves of your small heart pulsing, heard its voice, its rhythmic breath whispering, everything changed.  Your Sacred Heart was speaking into the room, filling the space with its aching, hopeful presence, full of youth and optimism.

The voice within me whispered, Inside her is a heart that is beating. Inside her a heart is beating and with each beat it moves her blood, creating circulatory rivers which course through her being, managing her life, sustaining her aliveness.

In the exam room with a piece of equipment—a compilation of metal and electronic circuits created by human imagination—I was able to see, to listen and be present to the inside of your healthy living body. Naturally, people fell in love with technology.  No wonder it had become a household god.

The technician tapped the keyboard methodically.  In cool, calculated movements, she moved the mouse to certain locations on the image of the heart pumping on the screen before her. The best science leads us back to the mystery. She took measurements, gathered information. It was all very routine. It was all very scientific.  But I was weeping.

Imagine a Universe devoid of passion.  No one wanting anything.  Nothing attracted to anything else. No sweet, painful longing.  Imagine a Universe involved with detachment, one that chose to rise above its emotions.

Would a rose ever bloom if it didn’t ache to do so?

“Were you true to your heart?” I asked each small child, your friends, as they came to sit across the scales from me. The Egyptians believed the heart has a soul. They called it the Ab—the heart-soul. The soul of your heart is your longing. If you were true to your heart, then it was as light as a feather and you were granted eternal life. If you had not been, and it was heavier than a feather, you were sent to the realm of the demons.

When the Egyptians mummified people they put a scarab beetle in the place in the body where the heart once lived. Written on it were the words:

My heart, my mother

My heart, my mother

My heart of my becoming.

You approached the scale. You were dressed as an Egyptian. You had a gold headband across your forehead. Underneath hung your long, light brown curls. You wore a white dress tied with a gold sash at the waist. You had the blue eye makeup, kohl, on your eyelids, to protect your eyes from the bright Egyptian sun. You looked at me from under those blue lids, your brown eyes full of wonder as you placed your heart on the scales. The heart that had grown within me. My heart, my mother. The heart I had once felt beating in rhythm with mine. My heart, my mother. The heart that was now on its own, this most precious sacred heart, the main compass we can use along this journey. My heart of my becoming. You placed your heart on the scale.

Always be true to the soul of your heart.