Freyja and the Dwarves of the Four Directions 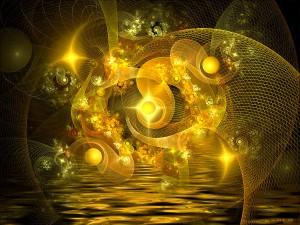 In The Well of Remembrance, a book exploring the origin of the Norse Myths, Ralph Metzner tells the story of how the Goddess Freyja wore a magical necklace called brisingamen. This necklace is ‘emblematic of her power.’ The word brisingamen is linguistically related to fire and shining.  Possibly it was made of gold or amber. No one is sure.

This necklace was crafted for her by four dwarves. The four dwarves who guard the four directions. In order for her to acquire the necklace, she has to spend one ‘magical night of love’ with each of the dwarves, and so she does.

Freyja is a Vanir goddess. Norse mythology tells of a war between the tribes of the Vanir and Aesir. Metzner believes the Vanir are actually the peaceable matrifocal neolithic peoples who were overtaken by the patriarchal kurgans from the steppe regions to the east. The Vanir are the older goddesses and gods who were alive in this part of Europe long before the people with beliefs of the Aesir sky gods came.  The conquerors with beliefs of the Aesir overlaid their mythology and beliefs onto this earth based cosmology of the original people.

What we currently know as Norse Mythology is a melding of the Vanir and Aesir. In later Norse mythology, Freyja gets lumped together with Odin’s wife Frigg. At that point, the stories include Odin’s response to Freyja’s sleeping with the four dwarves, complete with punishment and shame. But the truth is, in the original story there was no Odin and monogamy had not been heard of either.

In the original version of the story, there is no shame in Freyja owning her sexuality and choosing to share it with elemental beings. It is simply the way things are when you are a Goddess whose ultimate purpose is the seeding and nurturing of biological life on a planet that lives inside a system of alive and intelligent stars.

If we can get back to this original story, it becomes very compelling for many reasons, the first of which is that Freyja, according to this mythology, is the first diviner. She passes the gift of divination on to her priestesses, the völur, and eventually, when the patriarchy takes over, to Odin himself.

The necklace is a tool for her divinatory practice, forged specifically for that purpose by these dwarves. Dwarves, and other elemental beings, in many traditions are associated with metallurgy, smith craft and metal. They love all things metal and shiny. Many of them live deep inside the earth with the metals and subterranean rocks. They know the planet intimately in this way.

In the African tradition I am initiated into, the belief in elemental beings and their relationship to metals is one that is very much alive. In order to be a diviner, one must merge with an elemental being. This allows a human access to shared consciousness with them. It may very well be that Freyja was merging her consciousness with each dwarf as she spent her ‘magical night’ with them. Perhaps an anthropomorphic projection is not appropriate here. Perhaps this story speaks to the original merging between these two inter-dimensional species.

As a diviner progresses in her practice, she is offered more potent and  ‘charged’ tools from the elemental beings to assist her. Since all metal is originally forged inside stars, this points to a cosmic dimension to this relationship and gift as well.