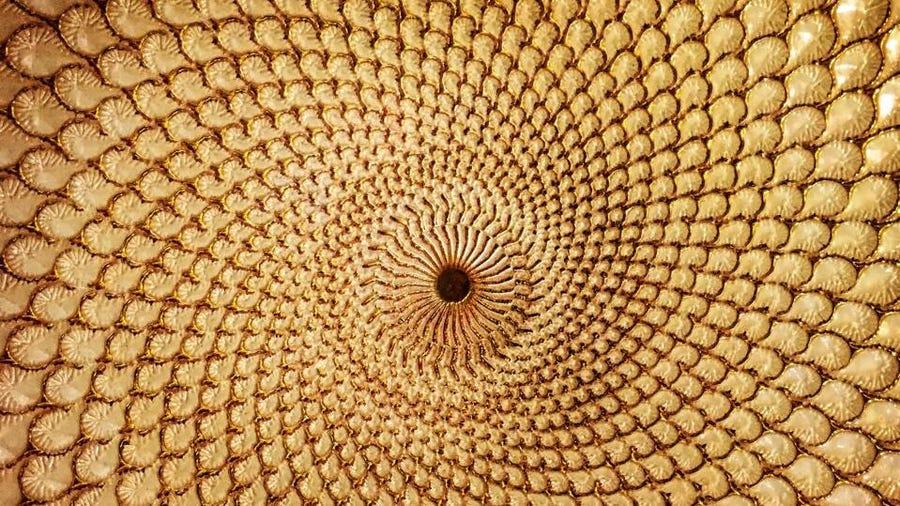 The gold being returned to the Earth is Women’s Medicine. It was hidden away in a treasure box deep in Earth’s ocean depths, guarded by a serpent commissioned to not allow anyone access to it.

The treasure box that contains Women’s Medicine is now freed. The serpent is redeemed and honored for its protective vigil.

The gold is, in part, related to the star wisdom that was lost from Earth.

Women’s Medicine is intricately connected to star wisdom. It is not medicine only for women but for all of Earth’s beings. It is medicine that is held and administered by women. Men can access and help administer this too but it is Women’s Medicine, because it belongs to the Goddess.

What this all means remains to be seen.
The stars are returned to the waters now.
The golden ring in its true place of belonging
On the finger of Gullveig.

Gullveig is a Golden Goddess in the Norse tradition who was three times killed by Odin, the Warfather. In one of the Prose Eddas, the Völupsa, a verse that came through divination of a völva, (a priestess diviner) we hear that Gullveig was speared and three times burned in warfather’s hall. She did not die however—she was three times reborn. She lives still.  Thevölva speaks this verse:

This too I know, how war
First came about,
As the gods speared Gullveig,
And three times burned her,
In the Warfather’s hall,
Again and again,
The three times reborn,
And still she lives.*

In The Well of Remembrance, Ralph Metzner tells us that in Old Norse, Gullveig means “gold drink,” “gold trance,” and “gold power.” Gullveig is a seeress, a powerful medicine woman. Gullveig is the treasure chest.

They called her Heidr
Wherever she came,
The seeress, sorceress;
In soothsaying trance
Magic she made
Wherever she could
She was the delight
Of contrary women.

She is only mentioned in these two verses, this Golden Goddess, called both Gullveig and Heidr. This is as it should be: for She is the mystery. This is enough to remind us of what was lost that never actually died.

Being the Golden Goddess, Gullveig could never die, but, it is for us to allow her to live. There is a razor’s edge precision to this—to allow something to live though it never died.

That is the path all true medicine people find themselves on now.

We start by doing this inside ourselves and within our own lives. We allow the one that never died and never could die to live once again. We then plant our gardens and cultivate them with love and intention, to someday possibly bear fruit. Nothing ever goes anywhere and yet it can be buried and hidden and not allowed.

May we be worthy of the task at hand.