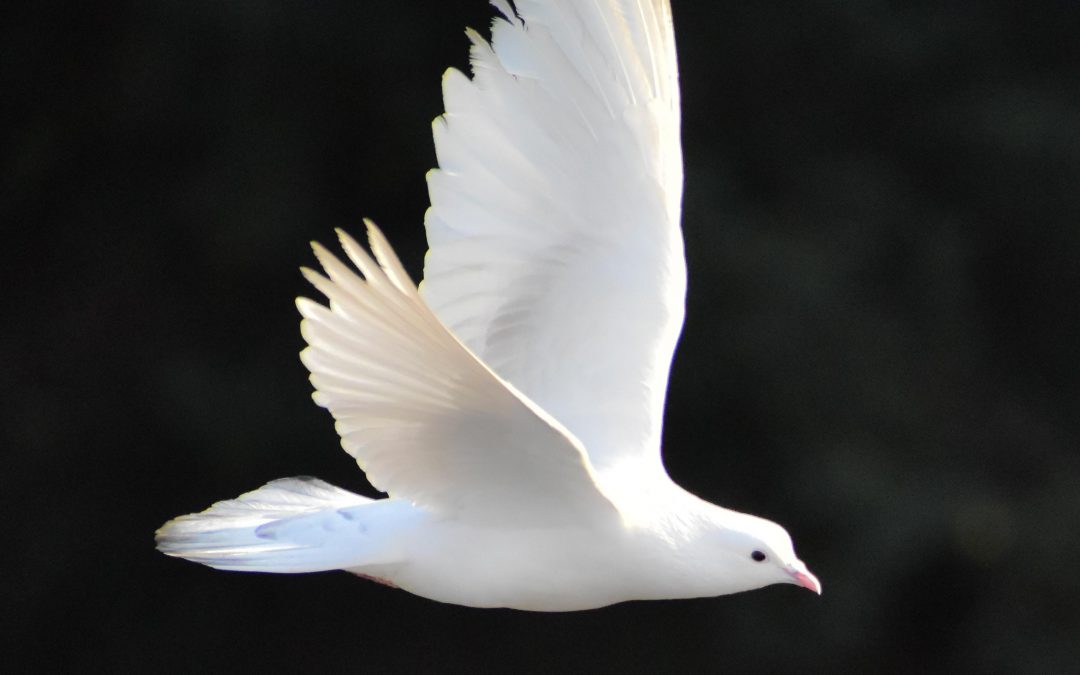 Nyame* is the Great Goddess in the ancient Akan tradition of Ghana.  She is the Supreme Being, the great mother, the genetrix. She is the creator and ruler of the universe. The one indivisible who can divide herself. She is most often represented by the crux decussata, the X shaped cross. The points on this type of cross indicate the equinoxes and solstices. These days were sacred to Nyame.

Nyame is self-born, eternal and infinite, self-begotten, self-produced. She is the great revolving circle of the starry heavens, the ecliptic. Her fire is the luminous life giving fluid.  She created the sun with fire and the earth with water. The word Nyame derives from Nyam, meaning brightness or splendor.

Doves are the messengers of Nyame. Antelopes are her animals. They appear in 7 forms representing the 7 different aspects of Nyame.

Because Nyame divided the universe into three parts, the sky, the earth and the underworld, her sacred number is 3. She is also represented by the triangle or pyramid.
The three parts of Nyame are:

Nyame was too busy to be concerned with the day-to-day affairs of humans so the moon held part of her kra (enlivening spark) and delivered that to the humans. The moon was seen as the personification of Nyame on in our solar system.

Nyame is who we are born from and who we return to at our death—the vast original fire of creation. When we die, we return to the kra of Nyame. Our kra, returns to the universal kra of Nyame that we never leave but always remain connected to.

*information taken from: The Sacred State of the Akan, by Eva Meyerowitz.