The Solstice Sun, Newgrange Temple and the Spiral 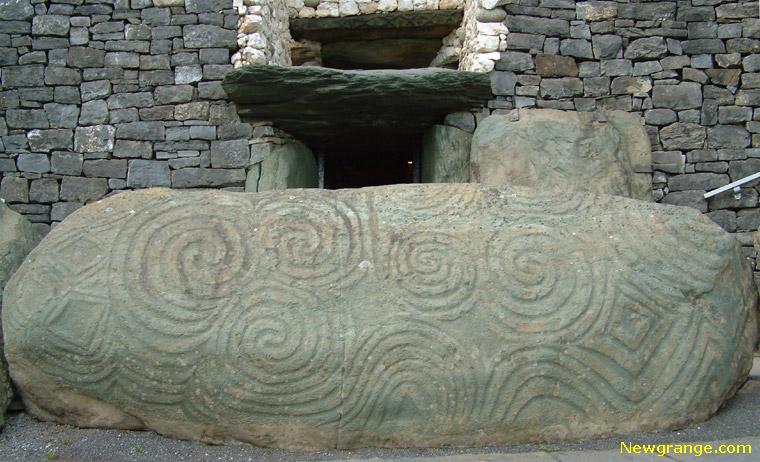 Newgrange is an ancient temple located 28 miles north of Dublin dedicated to the sun of the midwinter solstice. It dates to 3200 B.C.E. and is part of a larger complex of megalithic structures in the Boyne River Valley aligned to certain celestial events such as lunar movements and seasonal shifts. These structures precede the pyramids by 500 years and Stonehenge by 1000. Newgrange is an earthen mound built up over a stone structure with a corbelled roof design so sturdy that to this day it has never leaked. It has a narrow, tunnel like passage which eventually opens to an inner chamber with three rooms surrounding a central one. At the time Newgrange was active it was covered with quartz crystal.

What is remarkable about Newgrange is an opening called a ‘roofbox’ in the front of the building which captures perfectly the light of the midwinter solstice sunrise and directs it down the passage and into the central chamber which, when illuminated, reveals itself to be covered with images of the spiral and triple spiral.

Indeed it has often been called a womb tomb. With its vagina like entry to the uterine shaped chamber it quite mimics a return to the womb. In this ancient community at the solstice you could actually walk back in to the womb and receive the life giving power and nurturance of the solstice light on these three spirals. You could participate in the creative process of the Universe: birthing light from the darkness. 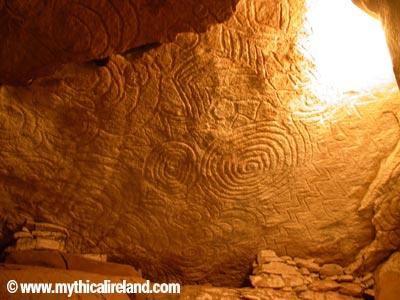 How interesting that a holiday celebrated by many moderns at the same time of year is about a mother’s womb and the birth of a divine son/sun – the light—from within her dark spiraling interior.

This solstice, take some time to interact with the sun of solstice. Sunrise or sunset would be the best times. Make time to have your own experience with this light. See if it has anything to say to you. I find it is a pinker light and that it really does have very different qualities than that of the rest of the year. It illuminates a sort of quiet beauty. What light wants to be born from you this solstice? Offer yourself the chance to find out.