The World Tree and the Human Heart 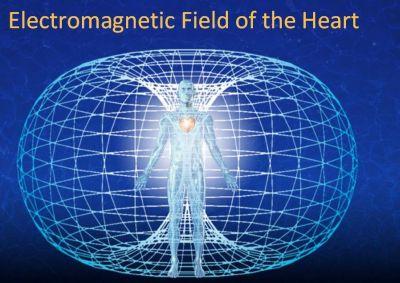 The World Tree pattern, a fractal, can be found in all living, energetic and social systems. The World Tree or Tree of Life is the central organizer, that which offers structure and sets the four directions. Through complex and interwoven fields of feedback loops, the central “trunk” monitors the whole. According to the messages received from the field, the tree will adjust itself chemically and energetically for the good of the entire system. In terms of physics, this tree form manifests in an energetic double vortex structure.

How does the World Tree fractal manifest in the human body? In the human being the energetic double vortices meet at the human heart. Through research of the Institute of HeartMath, it is well known that the human heart generates the strongest magnetic field in the body, “5000 times stronger than the brain.” The field extends out beyond the body for a distance that some estimate to be miles.

Further research from HeartMath has shown that there are certain “feeling states” a human can engage in that lead to something called “coherence.” Many differing disciplines are currently looking at this idea of “coherence,” including physics, health care and psychic research. Coherence is a state where differing components become ordered and aligned in such a way that they act as one, a unified whole. When the body is in a state of coherence, different systems are oscillating at the same rhythm and rate. This creates synchronized wave patterns that lead to more order, more unity, more working together, which is healthier.

By graphing the heart rate variability while people are in certain feeling states, HeartMath has also seen that anger, frustration, worry and fear are considered to be dissonant, fragmenting or “incoherent” states.

This is not to say that we should not feel the “negative” emotions when they come along. We need to. They are there for a reason. But if we can allow them to consciously flow into other, more coherent, states through our own thought process, it is beneficial for our bodies, our hearts, and, it turns out, the entire cosmos.

The interesting twist here is that coherence, a state of complete health, can be accomplished by simply coming into a feeling state of appreciation or love. In other words, you don’ t have to do anything. You just have to be love and appreciation and then all else follows. Admittedly, it isn’t as easy as it sounds. Sometimes appreciation is far away from where we are emotionally, and that’s ok too. But it’s worth a try because it isn’t painful, cost nothing and you don’t have to go anywhere to do it. The secret is that you get better at it the more you practice it. My motto is: do what it takes to get there often and stay there as long as you can.

What does all of this have to do with the World Tree Fractal? Through the World Tree double vortex center at our hearts we can be in touch with the entire cosmos, past, present and future. Physicists now understand that quantum particles displaying coherence, though appearing to be separated in space and time, are able to communicate and respond instantaneously to messages and incoming information with no measurable time lapse and without traversing intervening space.

We are constantly told to accept the fact that we have “no control,” but the one thing humans DO have control over is our feelings. And it is starting to look like feelings can change everything. Maybe we have a lot more control than we have been led to believe.

Coherence is a wholeness, a oneness, a unity, that exists outside the usual limitations of space and time. This coherence we generate in our hearts interacts with the other fields around us, including the fields of other people, the natural world, the earth, sun and larger cosmos. Human feelings actually can affect and change the “shape of the cosmos.” And by allowing the collective interactions to flow back into us and through us, the cosmos in turn affects and changes us.