Wilhelm Reich and “The Love Impulse” 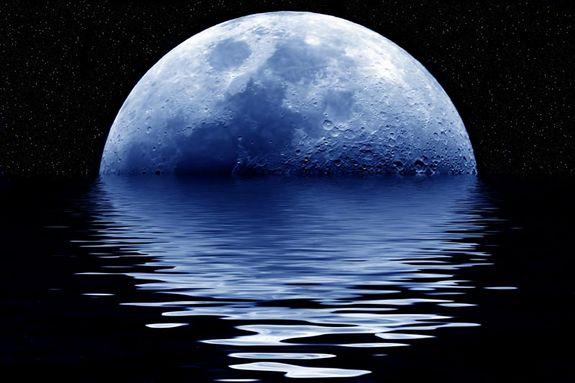 It is sexual energy which governs the structure of human feeling and thinking
Wilhelm Reich, Sexual Revolution

In order to investigate nature we must literally love the object of our investigation, have an orgonotic contact with it.
Wilhelm Reich, Ether, God and Devil

There is a lot of talk about love these days. Do we even know what love is? Wilhelm Reich wanted to know the answer to that question and studied it actively in Maine in the 1940s. Reich believed love, the cosmic “sexual” energy which he called “orgone,” is what powers the universe and biological life. Reich observed that most humans had, through cultural conditioning, become armored against this energy in a way that was harmful to their health and the health of the planet.

Reich called orgone “the love impulse” and believed most humans suffered from orgasm anxiety, which he defined as “terror against plasmatic currents.” The armored, biologically disrupted human structure was the common denominator of the “trouble” in the world.* This armor stops people from giving and receiving love energy, and experiencing sensation and pleasure. He set out to try to help and heal this situation.

Wilhelm Reich was born in 1897 in the Austrio-Hungarian Empire in what is now the Ukraine. He attended Medical school in Vienna in 1918. He did extensive research with Freud but his own observations came into conflict with Freud. The original meaning of libido to Freudians was “something which is capable of increase, decrease, displacement and discharge, and which extends itself over the memory traces of an idea like an electric charge over the surface of the body.”** This is very close to Reich’s definition of the Orgone. Unfortunately for Reich, the Freudians reduced this down to a psychological energy. Reich disagreed with this. He saw libido/orgone as a physical force, a bio-energy, in the universe with physical effects and physical purposes.

Reich believed that the culture was causing people to not be in balance with this cosmic energy which should naturally move through their bodies. He believed the culture should change to accommodate this force. Freudians believed that the diagnosed patient needed to conform to the culture. They disagreed on this as well. In 1933 he was denounced by the communist party and in 1934 expelled from the psychoanalytical association. This was a heartbreak to Reich.

He studied orgone and developed ways to therapeutically help people clear themselves of their armor and achieve orgiastic potency, “the total discharge of sexual excitation in the genital embrace.”

Reich viewed orgone as a cosmic force, which he saw expressed in the form of the spiral galaxies. Two individual curving energy streams reaching toward each other and eventually merging into one system is a function not only of biological life but of the entire universe. He called this Cosmic Superimposition.

In 1939 he moved to N.Y. Looking for a cure for cancer, he built an orgone accumulator in which patients could sit and be enveloped in orgone energy. This showed promising results.

He eventually settled in Rangeley, Maine in 1942. Conditions there were better for him than New York City to study “atmospheric orgone,” since there was less humidity and cleaner air.

He built a research facility there called “Orgonon.” Today it serves as the Wilhelm Reich Museum.

In Maine he began a series of experiments he called C.O.R.E.– Cosmic Orgone Engineering. One was a “cloud buster” which altered orgone in the atmosphere. It was made of hollow metal pipes and cables inserted into water, creating a stronger orgone energy system than in the surrounding atmosphere. This movement of orgone from lower(water) to a higher energy system created clouds and dissipated them. He was able to create rain during a drought in Maine. This technology is still in use today. This experiment, however, attracted unwanted attention.

A 1947 article in the New Republic greatly attacking and discrediting Reich and calling him “dangerous to the public,” had severe ill effects on Reich’s career and work. It instigated a 10-year campaign against him by the FDA. They eventually called him to court and prohibited the sale across state lines of his accumulators.

They banned his books. While he was away, one of his associates sent an accumulator to N.Y. without Reich’s knowledge. He retuned to Maine to be jailed for that. At the same time the FDA began to actually burn his books. In 1957 he was jailed and there suffered a heart attack and died.

Reich’s books are available through the museum website. The people there are dedicated to keeping Reich’s work alive and continuing on with his research. The subjects of orgone and the way we armor ourselves against it are as important today as they were when Reich was alive. We should heed to his words about how the armor we carry inside us creates a “scratched window” through which we view the world. It’s time to free ourselves from our armor and welcome the pure sensations of love and joy into our lives and bodies once again.