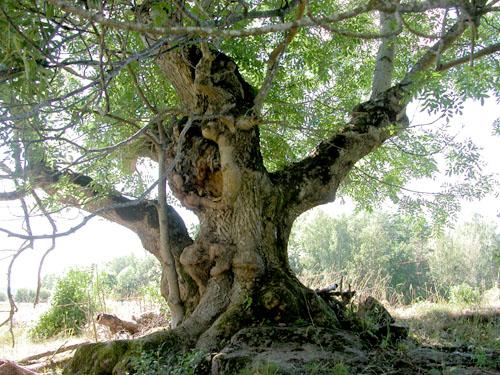 Myths are cultural stories that reveal to us what happened to the wise ways when they were forced underground in the times of persecution. Often the myths have originally come through divination, which indicates the medicine people saw what was coming and divined on it.

Large portions of the Norse myth cycle have come through the Völupsa, (song of the völva) a lengthy divination given by an ancient priestess-diviner of this tradition. The divinations were retold orally in prose and poetic form and eventually written down as The Prose Eddas in the 13th century in order to preserve the messages through time. Eddas translates to Great Grandmothers. These are the stories of the ancient grandmothers passed to us through time.

The myths from the divinations contain hidden messages that allow us to remember and hear the wisdom these ancient women delivered to us about their future, our present. These are coded stories to help us remember what we need to remember now.

In the Norse tradition, the original keepers of the divinatory arts were priestess-diviners called völva(s.) völur (pl). The Goddess Freyja, the first diviner, gifted this medicine to them. The völur were well known diviners who carried wands from sacred trees to alert people of their status. As with many diviners in other cultures, the völur were in intimate relationship with the trees. They accessed these abilities with intentional relationship through the World Tree, Yggdrasil.

Yggdrasil was a sacred ash tree that gifted them access to the 9 worlds. The divinations of the völur were called songs. They also sang to get into the trance state before divinations. Each culture has its own technologies and rites to access this information. The diviner learns these in the process of initiation into her particular lineage.

Eventually, through time, the ancient priestess-diviners fade away and the goddess Freyja teaches the god Odin divination. Odin hangs from the World Tree for 9 nights. In this Shamanic death ritual, through Freyja, he is granted the secret of the runes. In this time he also learns the “nine songs that enable him to travel to the nine worlds.” *

This part of the myth cycle is indicative of the place where this magic was taken from the völur, signifying the patriarchal overtaking of the matriarchal traditions in the Neolithic era. The songs Odin learns are remnants of the songs of the ancient völur. Still, Odin only gains access to these gifts through a learned relationship with the World Tree and a direct bestowal from the Goddess.

It is clear in the segment of the myth cycle called Baldrs Drauman that Odin is aware of the ancient priestess-diviners since, after receiving a disturbing dream about his son, he awakens a dead völva and asks her for a divination.

Odin is aware that the true power of his medicine arises from its ancient origins with the Eddas. The same is true for medicine of all kinds on the planet.

*Source: The Well of Remembrance by Ralph Metzner