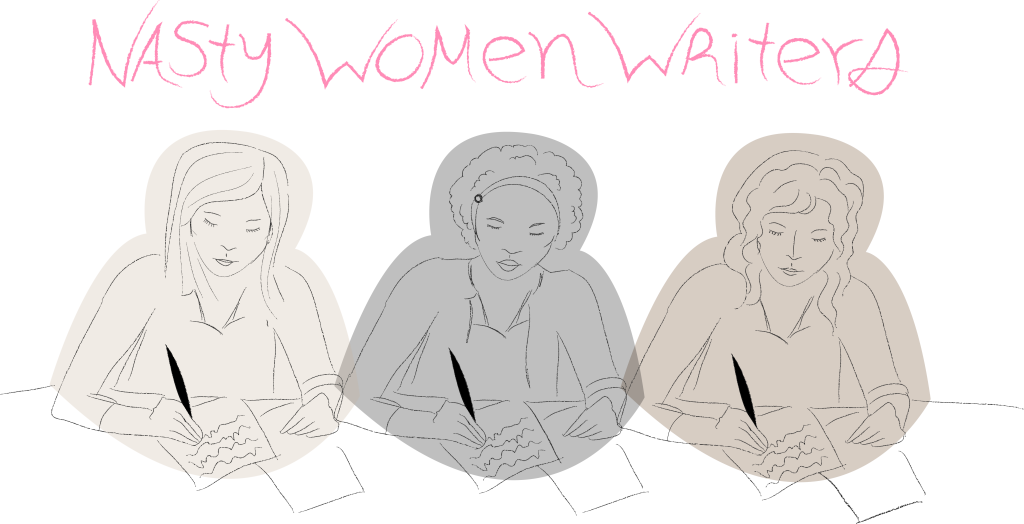 Hillary Clinton was called a #nastywoman by Donald Trump in the final presidential debate of the 2016 election, raising the ire of every woman who has ever been maligned for using her voice to speak the truth, for using her voice to assert herself. A powerful, truth-espousing woman is 100% ok and welcome, unless you live in a patriarchy where women who have voices and use them are called all kinds of disparaging names, among them, more often than not, #nasty.

We say no to this shut down on powerful women’s voices and claim #nasty as a stance of power! We support #nastywomen’s voices and the #nastyvoices of women writers who have been on the frontlines of this fight for years. Through this project, we give voice to the wide range and diversity of #nastywomenwriters, both past and present.

For years, these women’s voices have been silenced and erased from the fabric of our collective experience. The devastation has been tremendous, girls and women not seeing themselves represented in roles of power and heroism, further perpetuating disempowerment and exploitation. The vital threads of these women’s visions and voices destroyed and silenced, discrediting and discounting their contributions to the pattern, the pattern of a balanced, healthy paradigm.

At nastywomenwriters.com we seek to restore and reveal their integral threads, a step toward weaving a pattern that will set us on the path to wholeness.

We are two literal sisters who rebelled all our lives, our big first effort at resistance when as young girls we packed up our Kool-Aid lunchboxes and spent an entire day in the woods and on the railroad trestle behind our house, imagining freedom.