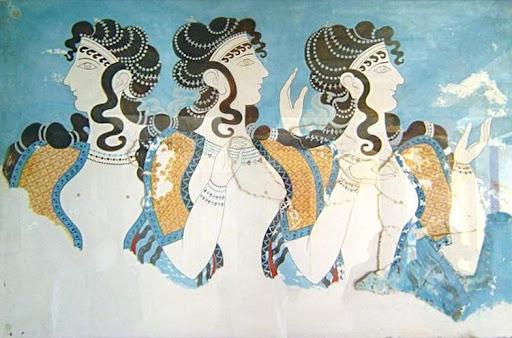 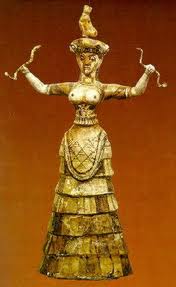 In the archaeological remains of the Minoan Era of Crete, statues of priestesses in ritual attire holding a snake in either hand are found. The expression in their eyes and their enlarged ears lets us know these women are in a state of trance.

In some of the temple rooms of the sprawling building found in Knossos, there were also snake pits. In small doses snake venom is a hallucinogen. Clearly these priestesses were engaging with the snake and her medicine to receive oracular information.

In my novel Ode to Minoa, Aureillia—the protagonist, receives the bite of the snake at certain phases of the moon, enters into trance and receives wisdom. Because she is a snake priestess, snake speaks to her, gifting information in the form of stories that she shares with the rest of the community in poetic prophecy.

Many of the oracles and prophetesses of the ancient world were said to speak in rhyme and deliver their oracular information in song or poetic form. These would then be passed down through the community becoming myth and legend.

In Minoan Crete, they believed they were speaking literally to the snake goddess in these communions. This belief is a worldwide phenomenon of indigenous people. The ayahuasceros of Peru believe they are speaking to the “mother vine” when they ingest the plant hallucinogen ayuhuasca. They also say that it is the plants themselves who taught them how to formulate this hallucinogen in order to communicate with her.

The belief and practices of direct communication with the consciousness of other species to increase and augment human understanding has long been a form of divination on this planet.

“Through the bite, snake transmits her knowledge to us. She is all knowing. She was here in the beginning and so she shall be in the end. Her wisdom is ancient and ever forming. Through snake priestesses she shares her wisdom, trusting them to handle properly the information She desires to communicate—injecting them slowly with sacred knowledge, one bite at a time.” Ode to Minoa