The Kogi World of Aluna (Spirit) 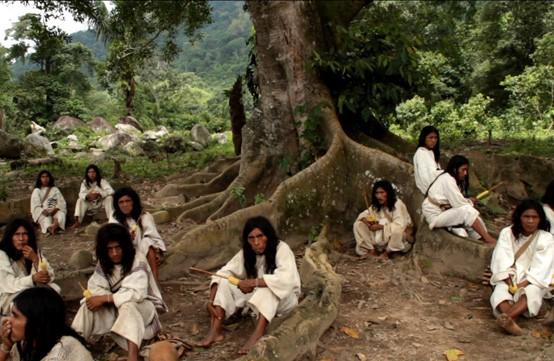 The sea was the Mother. The Mother was not people, she was not anything.
Nothing at all.
She was when she was, darkly.
She was memory and potential.
She was aluna.
~Kogi creation story from The Elder Brothers by Alan Ereira 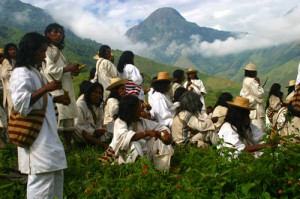 In the cosmology of the Kogi people of Colombia, we find one of the most eloquent descriptions of the world of spirit, a world they call the aluna. Aluna is the mind. The Kogi live in the Sierra Nevada of Colombia. They are a group of separate indigenous tribes that fled to high elevations during colonization and now collectively call themselves the Kogi. In his book about his interactions with the Kogi, The Elder Brothers, British author, historian and filmmaker Alan Ereira, delivers the following description of aluna.

“Aluna contains everything which is past and everything that may become. Aluna is intelligence; it is the concentrated thought and memory which forms a bridge between the human ‘spirit’ and the universe, but it is also the hidden world of forces which govern the world’s fertility. Aluna makes possible growth, birth and sexuality; it is the spiritual energy that makes things happen. If it did not, the world would be sterile. It would never have begun.

Aluna was and is the Mother. The whole of Kogi life returns again and again to this fundamental principle of reality, the life-force which is intelligent thought, which has personality and gives birth to personality, which shapes the world and makes it flower. Through concentrated thought and meditation, the Kogi enter the world of aluna and act there.

In the beginning there was only aluna, the amniotic sea, the cosmic principle: the Mother. The Mother concentrated, the nothingness which was the original sea of thought, spirit and fertility pondered and conceived the idea of the world. It began with a womb, a world-house, which was a cosmos. This was the great egg of the universe.

In aluna, she then conceived nine levels, nine worlds, within this womb. They were her daughters. Each world has its own character, its own colour, its own soil: her children had their own personalities. The mysteries of creation and fertility are to be understood as a process of aluna dividing, by an effort of concentration, into separate spiritual bodies. She also conceived of sons, among them Serankua. The Dawning began with the definition of these powerful beings, whose existence defines the Mother as a being too.”

For me, this passage brings to light the aliveness of the aluna, world of spirit, Mother of All, in a most elegant way.

The aliveness of the aluna is an ongoing, potent, active, generative force in the now. The Mother is still actively creating and sustaining all and can therefore be actively interacted with. This is what one does through divination, what one is doing when one carries out ritual, what one does when they pray—they are actively engaging spirit, aluna, the alive mind of the cosmos.

Spirituality is not passive. It is an active, intentional practice and way of life. The Kogi, and I as well, believe it is actually necessary to do ritual, make offerings, and engage in divination—to keep it all alive.

We keep Her alive. She keeps us alive. The reciprocity ~the give and take, the inbreath and outbreath~ exists and is essential because there truly is no separation. We are all but part of this beautiful complex wholeness. The degree to which we choose to participate with the All, informs the depth of our experience in all dimensions.

Blessed be the Mother of All, the fecund aluna.