The Soul Trees of the Ancient Akan 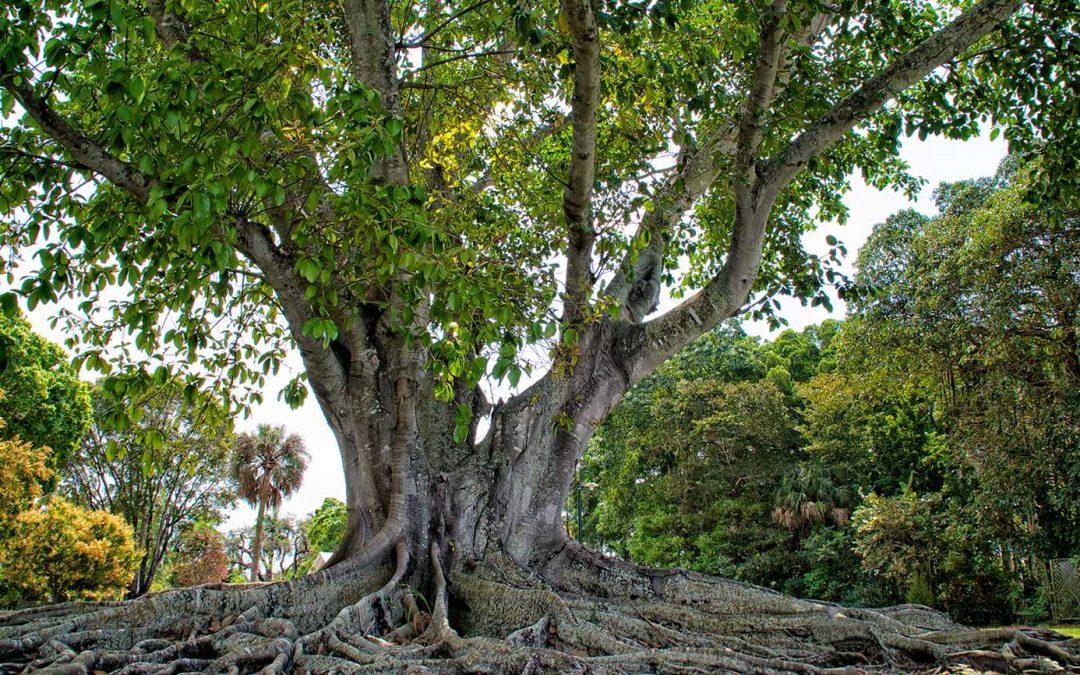 The ancient Akan tribe was matriarchal, ruled by a Queenmother. Incoming incursions of people with views different from their own forced the Queenmother to move her people to maintain their sovereignty. The Queenmother used divination to locate the right location. In establishing the new territory for her state, the Queenmother planted a soul tree or fire tree at a crossroads in front of her new home under which was often buried the body of a female. At other times gold or other precious objects were buried instead of a body.

“This grave under the city’s soul tree became a highly venerated spot. When the realm was under siege by outsiders, the sacred grave beneath the tree was the most precious treasure—to be defended to the last.” *

Soul tree, is translated from gya dua kra. Gya dua means fire tree. The fire tree is animated by the kra spirit or spark of the Goddess Nyame, the Supreme Being, hence the gya dua kra.

The Queenmother facilitated the relationship between her tribe and the ancestral realm. She served her community by making daily offerings and libations to this grave and the other predecessor Queenmothers. “The original ancestress is venerated as the clan deity. She becomes the Mother Goddess of the clan. The living clanmother is seen to be her most recent incarnation.” **

The previous clan mothers and Queenmothers offered help and assistance to the living from their place in this grave and beyond in the ancestral realm. This tree and grave became the focal point of worship for the tribe.

Through this grave of the ancestral mothers, the Queenmother also approached the supreme Goddess Nyame. It was her job to petition for the protection of her community and see to their spiritual needs in this way. The Queenmother was also the rainmaker, the one who could control fire and keep disease at bay.

The state was made up of a relationship and alliance between 3 to 13 different clans.  The Queenmother ruled with the assistance of other clan mothers. This tree was the main shrine and interfacing place with the other worlds for the good of the state and conjoined tribes. Each clan mother of the sub-clans within the tribe also planted a soul tree in front of her home on the east-west road that ran though the established village. This east-west axis represented the path of the moon.

The Nyame dua, Nyame tree, kept them connected to the source of their power, their ancestors and the vast network of trees. It kept them rooted to their original source, the original fire of the universe and the descent through the original mother wombs of the tribe.