Through the Apennines and the Lands of the Abruzzi 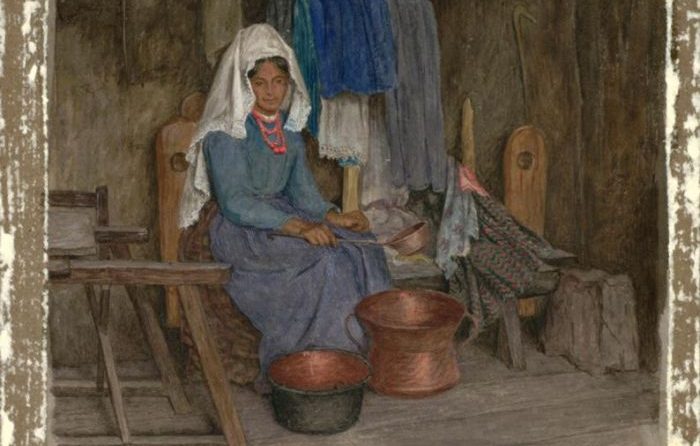 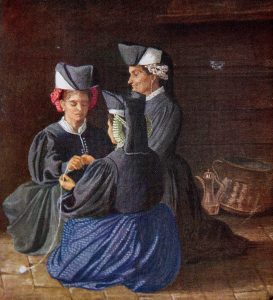 Estella Canziani, Tying on a Charm

In my research into the Abruzzo region of Italy that my family is from, for my novel The Strega and the Dreamer, I found the work of women ethnographers, folklorists and travel writers of the early 1900s to be the most helpful.

1. The branch of anthropology that deals with the description of specific human culture, using methods such as close observation and interviews.

2. A text produced using such methods.

I feel that these types of books have gone somewhat out of style. They are travel journals which include collected stories, folklore and local customs as well as sketches and paintings by the author. 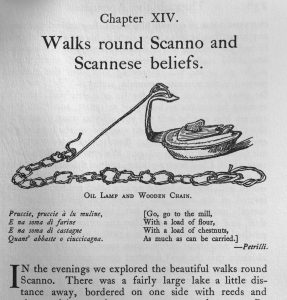 Chapter Heading in Estella Canziani’s book, Through the Apennines and the Lands of the Abruzzi, published 1928

This style of research seemed to capture the particular feel of the villages in the Abruzzo in the early 1900s in an intimate and unique style different from many other types of books I was locating. Though less “scholarly” they are also blessedly informal and relaxed. It seems the ethnographers put the villagers more at ease and were therefore allowed access to parts of their lives that a scholar or journalist would not have been gifted. One of these women writers I drew on is Estella Canziani.

Estella Canziani (1887-1964) was British born with an Italian father. She was an ethnographer, painter, writer and folklorist. She went on a journey to the Abruzzo in the early 1900s to collect the local stories. After this visit, Canziani wrote the book Through the Apennines and the Lands of the Abruzzi. 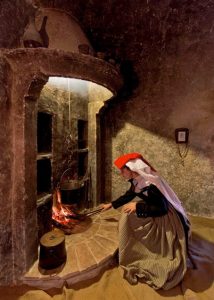 Estella Canziani, Cooking in the Abruzzi 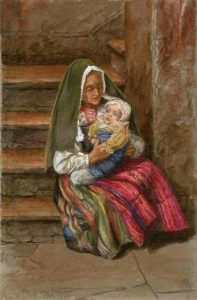 Woman in the Abruzzi, Estella Canziani 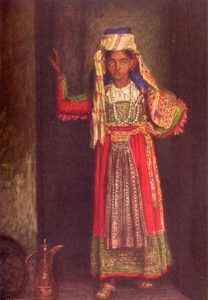 I found this book invaluable in my research into the lives and times of my great-grandparents from the Abruzzo region of Italy and wanted to pass it on to others who may be looking for such information. As far as I know, Canziani’s book is currently only available in libraries but it is well worth the effort for those interested in this time period of that place. I include some of the paintings in the book here for people to get a feel for the costumes, and daily clothing and customs of the people of the Abruzzo at that time.

I recently learned that Estella Canziani’s mother, Louisa Starr (Canziani) 1845-1909, was also a painter.  Wikipedia reports that she won a gold metal at the Royal Academy for history painting in 1867. She was the first woman to do so. That is pretty groundbreaking. 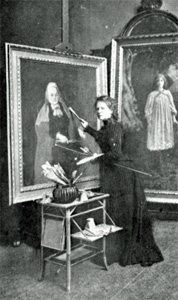 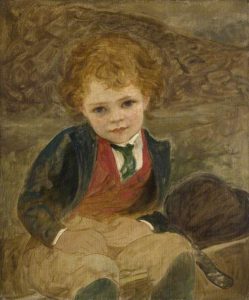 Canziani, Louisa Starr; Study of a Boy Sitting in a Wheelbarrow

The Met describes her as “a pioneer in her profession, she won a place at the Royal Academy Schools at sixteen by submitting drawings signed “L. Starr” to disguise her gender. When told that the constitution forbade female students, she asked to see the relevant text which could not be found. As a result, six women were admitted to enable the group to chaperone one another” ( https://www.metmuseum.org/art/collection/search/352640).

Louisa Starr continued to exhibit in the Royal Academy until 1902

Estella Canziani wrote many other books and her other paintings are pretty accessible for viewing on the internet. 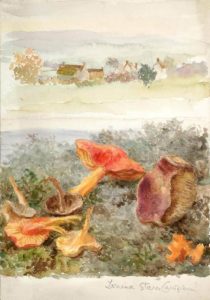