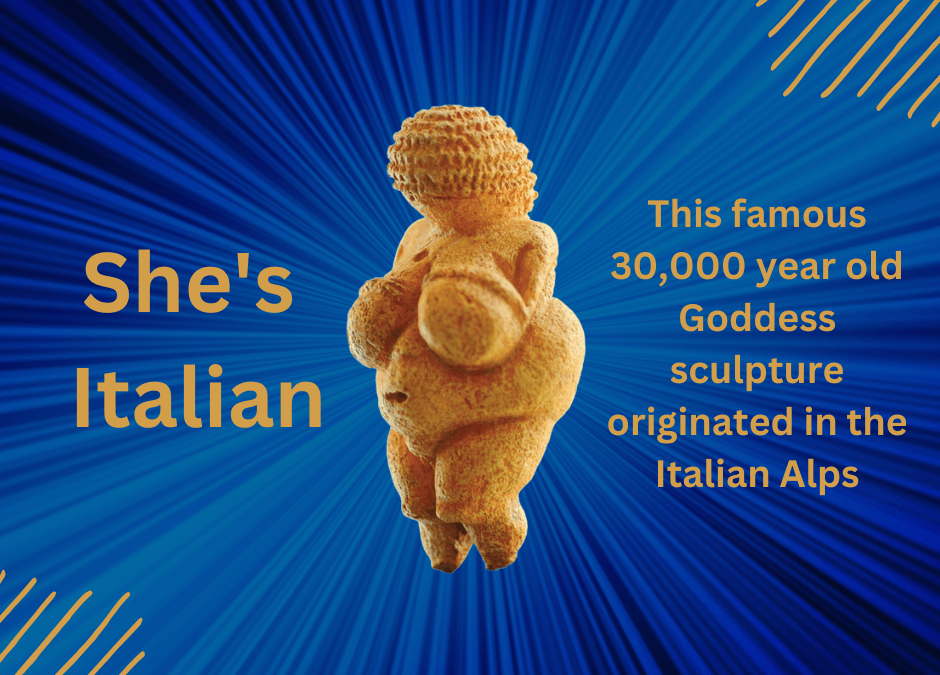 The recent issue of Archaeology reports that this 30,000 year old Goddess sculpture found in 1908 on the banks of the Danube in what is now Willendorf, Austria and known by the name Venus of Willendorf, originated in the Italian Alps.

Doing a high tech scan, a team at the University of Vienna determined that her particular oolitic limestone is a fingerprint of a specific place in the Italian Alps: Sega di Ala. They believe that she was most probably carved before she was carried by someone on a journey that eventually ended in Willendorf. The place where the limestone is from and where she was likely carved is 450 miles from where she was found.

I imagine a woman, 30,000 years ago, carving this Goddess, this potent Earth Mother, in reverence, eventually taking her with her when she moved from that location, carrying her for her journey, perhaps her descendants continuing to carry her as they traveled and moved to new locations, keeping the place and the embodiment of their origin with them, carrying their Goddess, their primal Mother, as they moved. Who were these people and what were their lives like? We know but one thing about them, this image was important to them.

Read a post that I wrote about meeting this Goddess sculpture in person in Vienna when I was there at link below.

Meeting the Goddess of Willendorf in Person