The Grandmother Goddess from Bulgaria 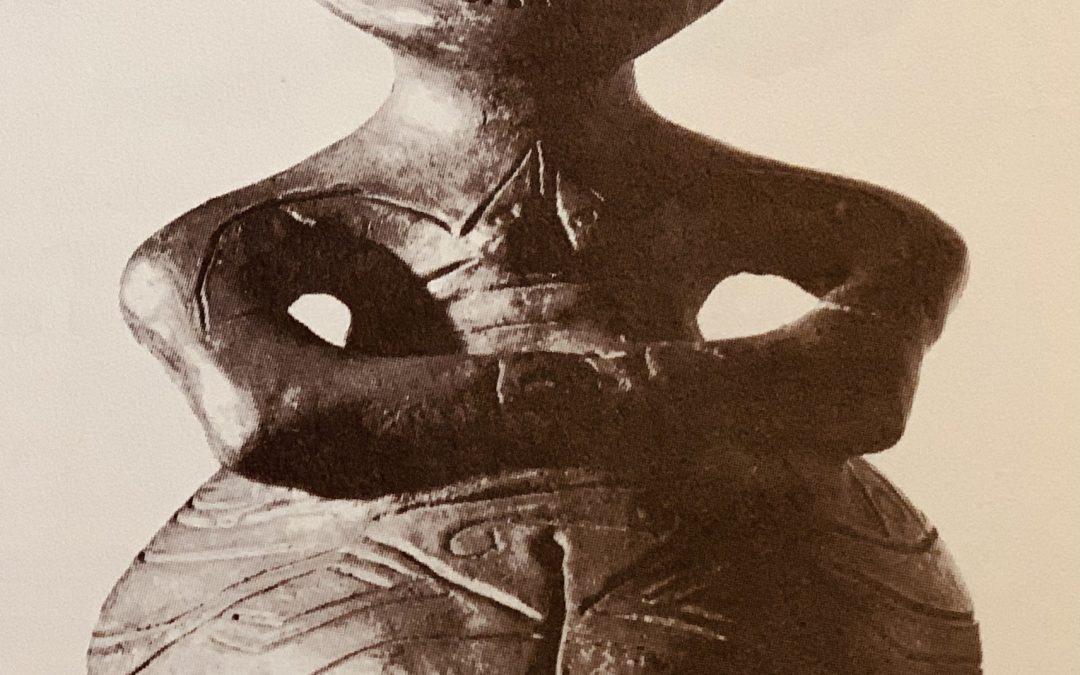 I was blessed to meet this Goddess at The Museum of Natural History in Vienna. 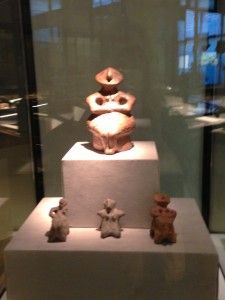 She is called “the Lady of Pazardzik” and was found in central Bulgaria. She dates from 4500 B.C.E.

I had stared at pictures of this Goddess for many years in Marija Gimbutas, The Language of the Goddess and The Goddesses and Gods and Old Europe. When I met her in person, quite by surprise, I was stunned by her silent yet profoundly deep presence. She did not have her own temple building like the Venus Von Willendorf, but was given a separate glass case in the corner.

As I stare at her, I went into a small trance and was transported to another place and time. This is what I saw:  I was sitting with many others inside a grass hut type enclosure. She was in the middle, up on a stool or throne. The hut was dark and empty save this figure. We sat around her in meditative space. But it was not meditation as people think. Rather, she was transmitting information and deep wisdom to us. The feeling I had was that she was an oracle of some sort that held information for the community. 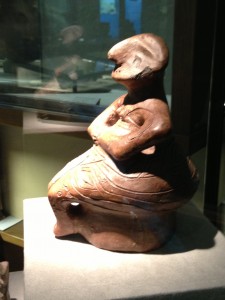 She had the vibration of “Grandmother.” It did not seem to be a singular presence, it was more that she was a representative of many, no longer embodied, spirit grandmothers—ancestresses. She was the shrine that housed them all. She held the grandmother space within her. When one went to the shrine it was to speak or listen to them all. 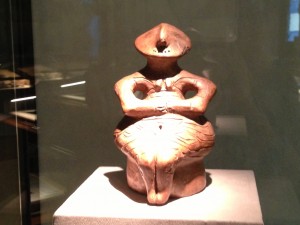 It must have been deeply nourishing and comforting to know you could come to this place as often and whenever you needed to, and speak to the grandmothers in this way.