Who are the Elemental Beings? 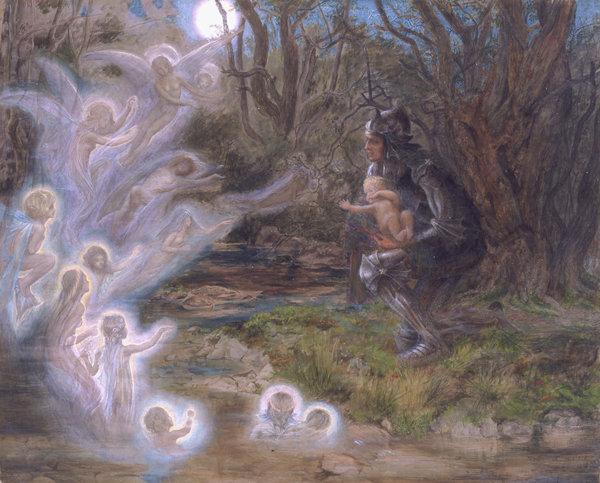 To be clear, what I mean by elemental beings is the fairies, the elves, the gnomes, the dwarfs, the wee folk, the fae, the wild ones, the plant spirits, the water sprites and spirits, the mermaids. These spirits do not only exist in etheric form; they have an embodied form on earth as well. They exist in a different dimension than we do and have access to other dimensions but they are earth beings, just like us. 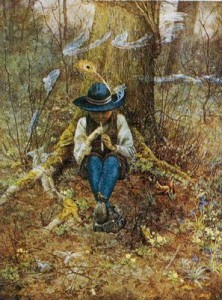 In the Italian tradition, le fate (pl.)or la fata (sing.) is the general term for elemental beings which then gets broken down into more specific function like the folletti, lare and the others. The foletti are those that travel on the wind or are carried by the wind, the whirlwinds. The linchetto are night elves, the lare are the ancient primal clan elemental beings, the monachetto are the gnomes, and so forth.

In a similar way, in the African tradition, the broad term for “the little people” (elemental beings) is kontomble. That gets further delineated into kontomble—water elementals and wedeme—beings of the wild.

Those called ‘the elemental beings’ have a very special devotion to the earth and to humans. One of their main roles is in facilitating a relationship between Earth and humans. In the past, the elemental beings had a strong kinship with the humans. This kinship kept the Earth healthy and balanced.

About the illustrations: Estella Canziani (1887-1964) was British born with an Italian father. She was a painter, writer and folklorist. She went on a journey to the Abruzzi in the early 1900s to collect the local stories. After this visit, Canziani wrote the book Through the Apennines and the Lands of the Abruzzi. She also painted many paintings of the elemental beings—le fate—the fairies or ‘fae’ folk –based on the stories she collected. Two of her paintings are included in this blog. The Piper of Dreams and Fairies Bless the Newborn

In my experience the elemental beings are the most loving beings in the cosmos. Their commitment and dedication to the humans and the earth is unsurpassable. I have been astounded to feel their deep care for those who come for divination. They have enormous compassion for human suffering in spite of our neglect of them and the Earth. I think, if we truly want to get out of our heads and back into our hearts, as many of us say we do, the elemental beings can teach us how.

They are very childlike and playful and appear to me in different variations and forms. Some look almost ‘Disneylike’, others more humanoid, some insectoid. I am not sure if what I am seeing is how they look or simply how they are presenting. I am aware the beings who speak to me in the divination setting speak to the landscape of my own particular psyche. For this reason, they may appear differently to every individual diviner, as they filter them through a different lens. Some are very shy and they are often even hiding behind a mushroom or a bush or the person receiving the divination’s leg. Many of them were with us as children, until we sent them away. They are waiting us to remember them and reengage with them.